The independently produced Creature flops at the box office but makes history. 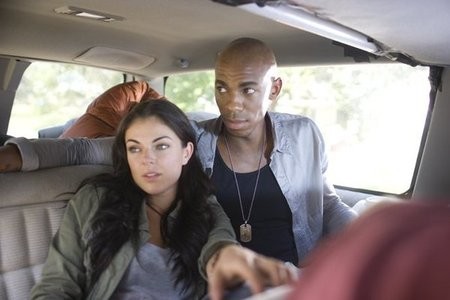 The film Creature generated some scary box office numbers over the weekend.

Unfortunately for the movie makers, that’s “scary” as in not good. The independently released film, starring Mehcad Brooks (Eggs from HBO’s True Blood) generated $331,000 in box office sales, which is the worst opening in box office history for a film that opened in more than 1,500 theaters, according to Box Office Mojo.

“Between the first weekend of college football and 9-11, going to the movies wasn’t a priority,” said Gore of Creature‘s performance.

Er, the first Sunday of this year’s NFL season obviously didn’t help, either. Creature, from first-time director Fred Andrews, is a retro-horror flick that tells the story of a mysterious monster in Louisiana named Lockjaw who puts the bite on out-of-towners.

The film, inspired by the ’50s classic The Creature from the Black Lagoon, comes from Sidney Sheinberg’s Bubble Factory company and was released directly to theater chains without the backing of a major studio. There were no print and limited TV ads. The thrust of the film’s marketing targeted internet placings on horror movie sites. The campaign worked to a degree as Creature was one of Google’s top trending phrases on the first day of release and on Monday, too.

“We had good production values and technically it looks the way a movie should look,” Gore said. “There were no stars in the movie so we didn’t have that star power.”

Creature itself is developing a little star power due to its historically poor performance. Gore is hoping that the film will have a cult appeal by the time the DVD is released in January.

“We couldn’t compete with football and Matt Damon” in Contagion, which topped the weekend’s box office, Gore said. “A movie about everyone in the world catching a disease and dying is too scary for me.”