Britney Spears has made headlines all over the world for her outrageous antics. So it is good news when she makes news for what she is truly meant to do, sing and perform. Spears is releasing her second remix CD, B In The Mix, The Remixes. Vol. 2, this October. 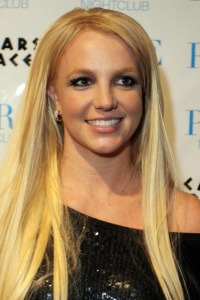 Britney Spears certainly knows how to use her celebrity for all its worth. On the heels of winning the Michael Jackson Video Vanguard award at the MTV Music Awards, Spears is releasing her second album of remixed material, titled B In The Mix, The Remixes Vol. 2 on October 11.

Six years after Spears entered the remix ring with B In The Mix, The Remixes, she’s not afraid to go there again and take some of her best known songs of the past several years and have them tweaked so they sound fresh and new.

Using works remixed by Tiesto, Kaskade, Benny Benassi and other fab stylists, the 10-song album is worth a listen, particularly if you are a mega-Spears fan, as its always fun to hear someone’s else’s take on an original song.

The album’s highlights are Manhattan Clique’s club remix of 3, Fareth Emery’s I Wanna Go, Tiesto’s mix of Piece of Me and Suarez’ reworking of ‘Till the World Ends.

Spears revealed details of the album on Twitter by writing, “Exciting news people…new remix album is coming out on 10/11! Pumped for you to hear these tracks. I love them, Brit.”

She also revealed that she would shoot the video for her next single, Criminal, during the UK portion of her Femme Fatale tour. She said, “So excited to stop over in the UK before I start by European tour in a few weeks. Can’t wait! I LOVE London, it’s like my second home.”

The tracks are as follows:

2. Piece of Me (Tiesto Club Remix)