90210’s badboy Matt Lanter lets SheKnows in on Liam’s antics this season and what he’s really like off screen. 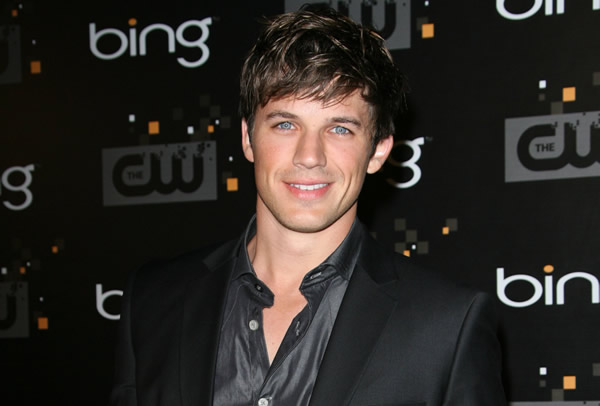 Matt Lanter says he nothing like his smoldering character Liam on the CW‘s 90210.

“Liam’s always brooding and serious,” Matt told SheKnows at Bing Presents the CW Premiere Party this weekend. “I’m not like that.”

Well, that’s not entirely true. What he does share with Liam is major sex appeal! So for our readers’ benefit of course, we had to ask, what does Matt look for in a lady?

“I better say this,” Matt confided. “My dream girl is my beautiful girlfriend who is here with me tonight.”

Very sweet, but that didn’t stop Matt from filling us in on his celebrity crush. 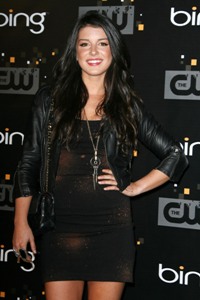 Annie + Matt = Not together forever?

“Liam proposes to Annie and it doesn’t go exactly as he plans, so they’re kind of coping with that,” said Matt. “After the whole marriage thing happens, there’s another girl in Liam’s life coming down to LA and there’s other guys in Annie’s life now.”

Matt told us that both Annie and Liam’s love interests will be played by new actors and that his lady will be someone he meets while on summer vacation in Alaska.

In addition to spending loads of time with Grimes, Matt has also become very close to the male actors in the cast.

“We’re always in Tristan’s trailer bumping music or goofing off,” said Matt. “Sometimes we’re there for 10 to 15 hours, so we just find a way to have a good time.”

And he told SheKnows the boys are just as rambunctious off-camera as they are on the show.

“One time we actually teepeed Steger’s trailer, which was really funny,” said Matt. “I don’t know if we ever really told him it was us.”

This fun-loving spirit is quite the opposite of Liam’s serious persona, and Matt says it sometimes puts a damper on things for him.

“There’s an episode where some of the characters dress up for a Masquerade, but Liam (for the second time in a row) does not get to dress up,” Matt told us. “I’m really angry about it. Halloween is like my favorite holiday.”

Still, Matt is very appreciative to be a part of the 90210 family.

“The past four years have been a whirlwind for me,” said Matt. “Being part of such an iconic show and have it be successful and cemented into the 90210 name, it’s pretty cool. It’s been a blast.”

So what’s next for this up-and-coming heartthrob?

“I would like to do something with World War II, and pay homage to my grandpa who served and all the rest of the guys who did,” Matt told us.

Matt in a sexy soldier’s uniform? We approve!

CHeck out the 90210 Season Preview