The antics of Vincent Chase and his boys have come to a close — for now. A movie could still happen, but the HBO days are over. Before the Entourage posse could leave the building, SheKnows caught up with Adrian Grenier. The hunky actor, documentary maker and activist looks back at seven seasons as Hollywood player Vinny, and looks forward to what comes next.

HBO’s biggest movie star, Vincent Chase, popped the question last night and E flew off into the sunset with Sloane. The Entourage party is officially over — until the Entourage movie comes out, of course! SheKnows caught up with Adrian Grenier to reflect on life before and after the Entourage series finale. 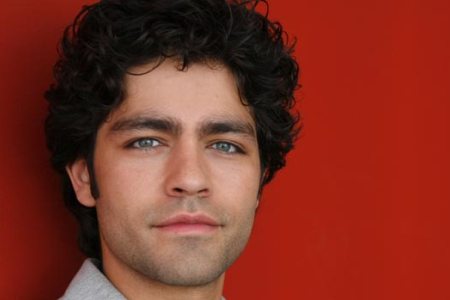 SheKnows: After eight years and seven seasons, it’s all over: What was your last day of shooting Entourage like?

Adrian Grenier: The last day was like the last day of high school. We all had senioritis. It was hard to get anybody focused. The crew, they were chattering. Everyone was exchanging numbers, passing notes, signing yearbooks. And there were probably about a thousand set visits too. Everybody and their mothers were coming to say goodbye. David Nutter (director) was having a difficult time getting everybody to realize we still had a whole scene — a lot of work to do.

SheKnows: Is there anything you won’t miss about this gig?

Grenier [pauses to consider]: No. It’s a perfect job and we’ve been so blessed to be given it. We basically got paid to have fun, and it was shot like a film, on location. Everything was new and exciting. It was never going to the same studio every day.

SheKnows: Do you remember your audition?

Grenier: I didn’t audition. Movie stars don’t audition: The get offered the role.

SheKnows: TV actors often talk about being mistaken for their character. After all these years on Entourage, do people expect you to be like Vince? 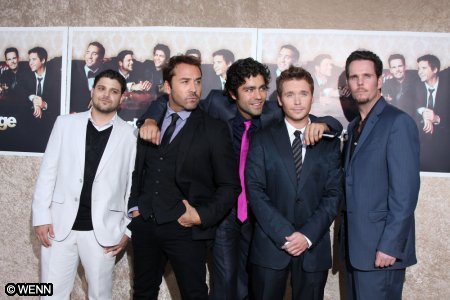 Grenier: If I was a more ambitious, more insecure actor, I might feel emasculated by Vince, given that he is far more successful than I am. But that’s not the case. I’m very confident and comfortable with my accomplishments. My taste is a bit different. I wouldn’t necessarily live like Vince does. I like documentary films and I live in New York. I wouldn’t leave New York.

SheKnows: Has working on this show changed your perception of the business?

Grenier: I’ve always found a lot of wisdom in the show — and particularly through my character, who is able to sort of be the guiding force for the guys. I look up to him, and I take a lot of cues from him. Like when he says stuff like, “Good or bad, you can’t listen to what these people say.” — and I say that with all kindness. [The press has said] nice things. But what’s important is not the fame, the money, the glitz, the glam, the girls. What’s important is right here at home with the guys — and I think I’ve tried to live with that in mind since the beginning.

SheKnows: Has Vince ever made any bad decisions, like turning down Aquaman II or hitching his wagon to loopy producer Bob Ryan (Martin Landau) early in the series?

Grenier: I don’t think of careers in terms of bad or good decisions. You’ve got to make the decision that’s right for you. It’s strategic on some level. You can’t do everything. There’s no such thing as a perfect formula. The key is to make sure you’re always doing something interesting and finding the roles that are going to fulfill you creatively. Not everyone needs to be a huge movie star. There are a lot of extremely talented working actors who are character actors who have been in millions of movies and make a great living. You’ll never know who they are, and that’s an option as well.

SheKnows: Which Vincent Chase movie would you most like to see made, for real?

Grenier: I’m going to start from the beginning. I’ll do Head On and go all the way. I’ll even do Median. I still have faith in Median. I think it’s a great movie. I don’t care what anyone says.

SheKnows: Head On was the one we heard least about: What was it even about?

SheKnows: If you were offered a film like Aquaman, would you take it?

Grenier: Depends on if James Cameron is directing! (laughs) Of course I would. It’s all about the script. There are only a handful of stories that are told and if you can find the right combination, the right writer, of course [I’d do it].

SheKnows: After that Entourage storyline with Cameron, did you try to get in on Avatar?

Grenier: No, I would never make anyone uncomfortable by trying to weasel my way in.

SheKnows: Vince and his posse partied all the time: Tell us about one of your craziest nights out.

SheKnows: What about the coolest party you’ve ever been to?

SheKnows: Going back to what you said about character actors: Now that you’re not playing leading man Vince, would you like to play another leading man or transition into doing character work? 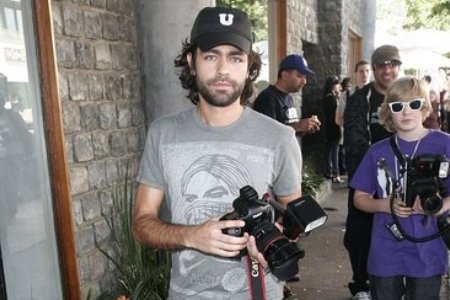 Grenier: I can be a leading man, I think. I do embrace that.

SheKnows: So do you see yourself doing another television series, film or maybe a documentary?

Grenier: I’m working on a deal with HBO to make my third documentary. Hopefully that will work out. I’m also developing a couple feature length narrative projects to direct and produce, and looking for the next acting gig, whatever that may be.

SheKnows: As an actor, do you have a genre you’d like to take on next?

Grenier: Action adventure romance. It’s a lot of fun. Every time we would do a trailer for one of Vince’s movies, it was a joy to be part of epic productions with explosions, running, jumping and flying.

SheKnows: Do you prefer being in front or behind the camera?

Grenier: I need to do both to feel fulfilled. Acting is great. You get to get lost in role play/playhouse, but you’re ultimately beholden to directors and producers to get jobs, and they tell you what to do and you never have the right perspective of whether or not you’ve succeeded in what you’ve done. You just have to have faith. When you’re behind the camera, there’s a lot more sense of control. You feel like you know where you stand in space and time.

SheKnows: With eyes on all sides of the biz, do you plan to stay active, politically, as well?

Grenier: I’m involved as much as I need to be. Shft.com, my website, just won two Emmys for being the best green website. I’m a citizen. I’ve got to exercise my rights, speak out and communicate. It’s important — not only politically, but also socially, trying to shift ideas and nudge culture into a more sustainable future.

SheKnows: With so much to look forward to, how do you feel about the end of Entourage?

Grenier: We are all choked up. Truthfully, we’ve been together for eight years. We’ve spent countless hours — weeks — creating something that we are all very, very proud of. And it’s not only sad to say goodbye to each other but also what we’ve created. We are all very proud of it, and we know that we are going to have a lasting impact, and we’ll always be connected to everybody on some level.

If you want more Entourage, Grenier wants you to check out the new Facebook group, We Want An Entourage Movie!