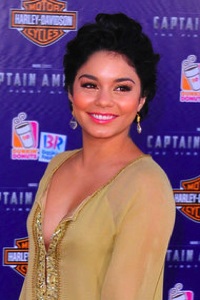 Vanessa Hudgens‘ career is taking a dark turn. She’s landed a role in the new thriller Frozen Ground, which is based on the exploits of a serial predator. Hudgens will rub elbows with veteran actors John Cusack and Nicolas Cage, who headline the film.

According to Deadline, Frozen Ground is based on true events surrounding a serial killer named Robert Hansen (John Cusack). On the outside, Hansen was a pillar of society, but on the inside he was a raging maniac!

Over the course of 12 years, Hansen kidnapped and murdered more than 24 women in the Alaskan wilderness. Hudgens will play the one girl who escaped his wrath, while Cage will star as the Alaskan State Trooper who finds her. The duo will work together to bring down the mad man.