Justin Timberlake nabbed two Emmy Awards in an early ceremony for his guest-hosting duties on Saturday Night Live. These will make the third and fourth Emmys for the singer/songwriter/actor, who won in Sept. 2007 for Outstanding Original Music Lyrics and in 2009 for Outstanding Guest Actor in a Comedy Series. 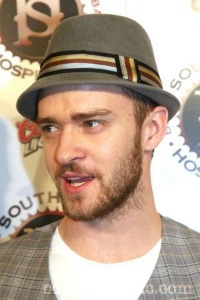 Justin Timberlake, (former mousketeer, Britney Spears’ ex-boyfriend and prior lead singer of ‘N Sync), nabbed two Emmy Awards at an early ceremony for the 2011 Awards show this past Saturday at the Nokia Theater in Los Angeles. Timberlake scored big for his spot as a guest actor in a comedy series (for Saturday Night Live), as well as for original music and lyrics for his SNL opening monologue with musical guest, Lady Gaga.

Always a fan favorite when he enters his hat in the sketch comedy show, Timberlake has hosted Saturday Night Live four times.

Some of the sketches he has appeared in have beccome instant classics, such as D**k in a box, Motherlover, Breakfast Competition, The Barry Gibb Talk Show, Single Ladies parody with Beyonce, Immigrant Tale and his newest classic, Liquorville with Lady Gaga.

Timberlake was not on hand to accept his trophies. Good friend and SNL conspirator Andy Samberg picked them up on his behalf.

The former lead singer of ‘N Sync owes a lot to the teens that made him a household name and the star of bedroom walls worldwide. But in an interivew with Elle Magazine, Timberlake stated that although the band was his shot to the big time, he thinks he could have made it alone originally as well.

Said Timberlake, “I don’t want this to come out the wrong way. It was an amazing platform but even without it, I believe I would have been heard as a solo artist.”

He also revealed that when he decided to go solo, his record company would not even listen to his work until the CDs were completed. “I don’t know why they let me do that,” he explained. “But I hadn’t come out of nowhere. People had preconceptions and I didn’t want to be misunderstood.”

The singer/songwriter and now actor, has had several recent on-screen successes as well, including Alpha-Dogs, The Social Network and Friends with Benefits.