Cyndi Lauper messed up the National Anthem while singing at the US Open. 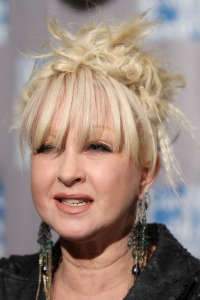 Of all days to screw up the national anthem… Cyndi Lauper pulled a Christina Aguilera and messed up the lyrics to the national anthem on a very public stage. Instead of the Super Bowl, Lauper made her misstep at the US Open Women’s Semifinal — in the midst of a September 11 memorial ceremony.

The True Colors singer only screwed up one line, but considering the importance of the day many felt she should have studied up a little more on the lyrics — or at least took a quick peek on her smart phone before stepping in front of the crowd.

To be fair to Cyndi Lauper (and Christina Aguilera), even the most seasoned professionals say that The Star Spangled Banner is a very difficult song to sing — but that’s why they’re professionals, isn’t it?

Lauper did do something rather wonderful this week: She opened a homeless shelter in New York City specifically for LGBT youth.