Boardwalk Empire walked away with a whopping seven trophies at the Creative Arts Emmy Awards Saturday. Read on for all the details.

Is Boardwalk Empire’s Creative Arts Emmy domination a prelude of what’s to come at next weekend’s Primetime Emmy Awards? 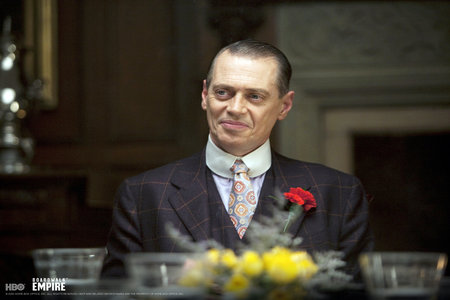 The popular Steve Buscemi-led drama set in the 1920’s took home seven awards, including casting for a drama and cinematography. HBO dominated the night with a total of 15 trophies, with three also going to Mildred Pierce.

The Creative Arts gala focuses mostly on the technical categories the weekend before the big Primetime Emmy Awards.

Gwyneth Paltrow managed to snag the guest actress award for Fox’s Glee, while Justin Timberlake grabbed two awards for Saturday Night Live — one for guest actor and one for original music and lyrics.

If hearing about who won a Creative Arts Emmy isn’t enough, check out the broadcast on Sept. 17 on Reelz.

Who are you rooting for? Don’t forget to check out our polls and cast your vote in a few of the categories!