The new Redbox, Netflix and OnDemand DVD/Blu-ray releases for the weekend of Sept 9, 2011 offer some serious action, along with a Will Farrell drama and a Scarface Blu-ray, but there’s also another round TV releases to help you catch up before the new fall primetime season starts. 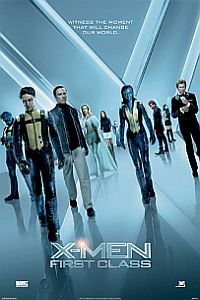 This weekend is about big action, with films like X-Men: First Class and Hanna coming home; but with the fall primetime season upon us, there are also more TV releases to help you catch up on last season before the new season starts. The films currently ruling the DVD/Blu-Ray rental battle are Rio, Tyler Perry‘s Madea’s Big Happy Family, Limitless, Priest, Soul Surfer, Arthur, Source Code, The Lincoln Lawyer, Prom and Hall Pass, in that order.

The X-Men franchise gets a reboot of sorts with the latest film, which goes back to the beginning of it all with James McAvoy as Charles Xavier, Michael Fassbender as the man who would become Magneto, Jennifer Lawrence (The Hunger Games) as Raven/Mystique and Kevin Bacon and January Jones as the villains of the tale. The backdrop of the Cold War and the Cuban Missile Crisis adds a layer of suspense and realism that only enhances director Michael Vaughn’s storytelling. Between the questions that get answered (Why is Xavier in a wheelchair and how did the X-Men mutants come to be?), the film is a fortune trove of information with a plot that will thrill fans and newbies alike.

>>> Find more of SheKnows X-Men First Class review, along with interviews with the stars. 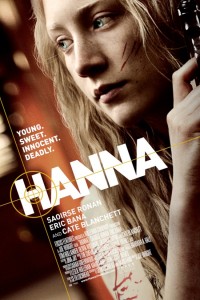 Director Joe Wright has taken all the puzzle pieces of a cunning thriller and molded a breathtaking vision of international intrigue as seen through the eyes of one truly special 16-year-old girl. When the film commences, Hanna (Saoirse Ronan) is being raised by her father Erik (Eric Bana) in a remote forest. It is clear from the opening scene that the teenage girl is being trained to be a vicious assassin. Soon after, audiences learn why. Hanna is unlike anything you have ever seen before. The movie is a visual marvel with a fierce soundtrack from techno kings the Chemical Brothers. Add a stunning performance by its lead — Oscar nominee Ronan (Atonement, The Lovely Bones and City of Ember) — and powerful turns by Bana and Cate Blanchett, and this April release was the first really great film of 2011.

Will Ferrell tries his hand at the dramatic in Everything Must Go and succeeds on numerous levels. The film, based on the short story Why Don’t You Dance? by Raymond Carver, follows a middle-aged alcoholic who loses his job and his wife on the same day, and must find his way back to normal. Ferrell’s Nick goes through the full range of emotions as he navigates the mess that is his life and the supporting cast is brilliant, including Laura Dern, Michael Pena, Rebecca Hall and Notorious BIG’s son Christopher Jordan Wallace.

Al Pacino‘s Scarface needs no introduction, but this is one fancy limited edition Blu-ray release. The SteelBook box holds both Brian De Palma’s ’80s film and the 1932 black-and-white crime classic that inspired it. It also includes deleted scenes, five featurettes and a new documentary that investigates Scarface‘s place in contemporary pop culture. 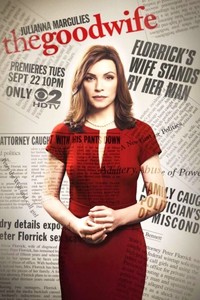 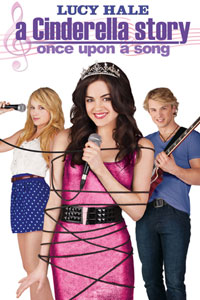