The father of Amy Winehouse says the singer did have a prescription drug in her system when she died — but that’s not what killed her.

While the Amy Winehouse autopsy revealed no illegal drugs in her system, it pointedly did not mention prescription drugs. Now Mitch Winehouse is clearing the air, saying there was one prescription drug found in Amy’s system — but it’s not what killed her. 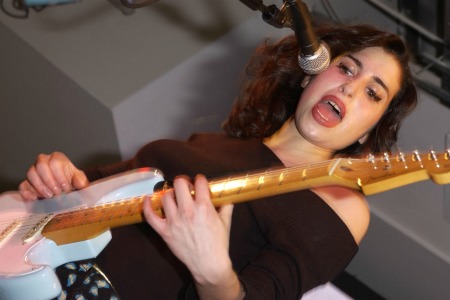 Amy’s dad told Anderson Cooper that the singer, who long struggled with both drug and alcohol addiction, was taking a drug called Librium to help prevent seizures as she detoxed.

The drug didn’t work though — and Mitch says Amy Winehouse’s cause of death was an alcohol detox seizure.

“There was nobody there to rescue her,” Mitch said.

Sadly, Amy’s death came at a point when her family thought she finally had a real shot at beating her demons.

“We really felt we were out of the woods. We saw the light at the end of the tunnel.”

Amy Winehouse died in her London home in July.

Amy Winehouse charity back on after cybersquatter drama