Attention passengers, Denzel Washington is your captain in the upcoming Robert Zemeckis-directed Flight. 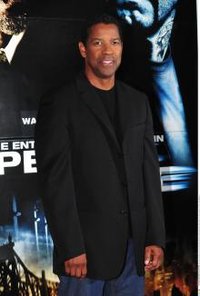 We’ve seen Denzel Washington on a train in Unstoppable and now we’ll see how he looks on a plane in the upcoming Flight, which begins shooting in Atlanta in October, according to a Paramount Pictures press release issued on Friday.

Robert Zemeckis ( Forest Gump and Back To The Future) will direct.

In Flight, Washington plays commercial airline pilot “Whip” who heroically flies a damaged plane, saving the lives of 98 of the 106 passengers on board. But while the country cheers his bravery, he has to hold up under the scrutiny of an investigation that brings into question his behavior the night before the troubled flight, according to the release.

The plot of Flight seems to have some elements of the “Miracle on the Hudson” flight of 2009, in which Capt. Chesley “Sully” Sullenberger safely landed his damaged jet on the Hudson River with 150 passengers aboard. All survived and Sully became a media sensation to the extent that he and his wife talked of the “rock star sex” they had after the landing on an NBC special.

John Gatins (Dreamer: Inspired By a True Story and Real Steel), wrote the script of Flight.

Before we see Washington in Flight, Safe House, a CIA thriller starring the actor along with Ryan Reynolds and Vera Farmiga, is due early next year.