Reese Witherspoon is recovering after being hit by a car when she was out jogging in Santa Monica on Wednesday. 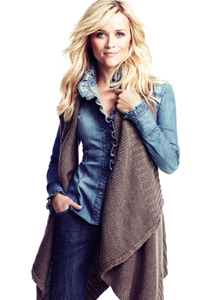 Reese Witherspoon is not one to hold a grudge, as the actress is reportedly not planning on pressing charges against the 84-year-old driver that hit her with her car when she was out jogging this week.

Witherspoon was running across an unmarked crosswalk in Santa Monica when the elderly driver hit her with her car. Witnesses had reported that Reese’s head was bleeding at the scene and she was taken to the hospital. She received a “minor cut to her forehead” and was “resting comfortably at home” after she was treated.

Even though Reese is not pressing charges, the driver was still ticketed with a moving violation. The driver was also given a driver’s reevaluation form that she must take within 30 days to determine if she’s a safe driver.

Reese may change her jogging trail from Santa Monica to Malibu, as recent reports say that the actress is interested in Brad Pitt’s beachfront mansion, on sale for $14 million. “She seems interested in it,” an insider said of the home that features a pool and tennis court. “She hasn’t made an offer yet.”