The Secret Circle’s series premiere is a week away and we have another CW exclusive interview clip. Check out Jessica Parker Kennedy as Melissa. 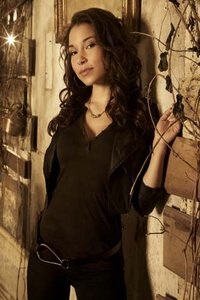 Every bad girl needs a BFF!

The Vampire Diaries creator, Kevin Williamson, is bringing fans another supernatural show with a sexy twist and we can’t wait to have our mind blown with the premiere of The Secret Circle.

Check out the cast of The Secret Circle>>

The Secret Circle features Cassie’s (Britt Robertson) struggles as she realizes she’s the key to a battle between good and evil.

But that’s not all…

There’s the complication of the taken boy (Adam) who becomes drawn to Cassie, the mysterious father (Charles Meade) who has plans for the “Circle”, and then there’s the bad girl Faye — she knows what she wants.

The Secret Circle premieres on Thursday, Sept. 15 right after the season premiere of The Vampire Diaries — will you be tuning in to get your supernatural fix?

interviews with the cast of The Secret Circle