The HLN host couldn’t believe her ears when she received a call from the casting department of Dancing with the Stars. She thought it was a huge joke being played on her!

Nancy Grace is best known for being the opinionated host of the Nancy Grace Show on HLN. She earned fame and noteriety for her coverage of both the Casey Anthony and Natalee Holloway trials. But one thing she was not known for was her dancing. So when she recieved a call from Dancing With the Stars‘ producers, she could only imagine one thing: someone was playing a joke on her. 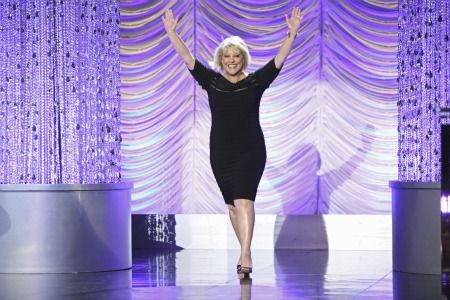 Grace revealed in an interview with Good Morning America, “I was en route to the courtroom, in the car, and at first I thought I was getting punk’d. I thought someone had gotten my cell phone number and was kidding me about doing Dancing With the Stars while I was on my way to the tot mom Casey Anthony trial.”

Dancing With the Stars, first promo photos of the cast!>>

But it turned out to be legit and Grace eventually joined up with the other contestants, putting on her dancing shoes several weeks ago to start rehearsals. But it hasn’t been easy, juggling her work, motherhood (she has twins!), marriage and dancing cheek to cheek with partner Tristan McManus.

Said Grace to OK Magazine, “I think my biggest fear is falling, not being able to do it. Look at all the competition. They’re young, skinny, beautiful, singers, soccer players, stars, I’m a lawyer! I’m bringing the twins with me, so I’ll be in mommy mode.”

Nancy Grace shares her hopes for this season on DWTS>>

Nancy’s Grace’s mission is to put bad guys behind bars, save missing or exploited kids and to just get her opinion across any way she can. What she finds incredible is the controversy surrounding the casting of co-star Chaz Bono on the show. Grace finds the idea of wasting time criticizing someone for no good reason just that. She revealed, “I would advise everybody that does have time to find something else to do.”

Grace is taking the salary she makes for appearing on the show and is donating it to charity, showing her continued devotion to help those who are the most vulnerable. Stated Grace to OK Magazine, “The bottom line is all my money is going to the National Center for Missing and Exploited Children. I’m putting my money where my mouth is!”