Ryan Gosling’s epic break-up of a street fight is no proud moment for the Notebook actor. In his own words, “I should have just kept my nose out of it.” 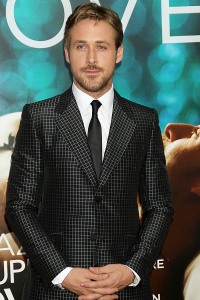 Though Ryan Gosling has been touted as a hero from breaking up a street fight in New York he’s quite red-faced over the whole situation.

“I’m embarrassed,” Ryan Gosling tells MTV News of the video gone viral which shows the actor intervening when an artist starts beating up a man who stole one of the paintings. “I think that guy really was stealing that other guy’s painting, so I should have just kept my nose out of it.”

Ryan Gosling continues, “It was sad, because it turns out that I said to the guy, ‘Why are you doing this?’ He said, ‘Well, he tried to steal my painting.’ I said, ‘How do you know?’ and he said, ‘Well, he comes here every day and looks at my paintings,’ which means the guy was a fan, and so he wanted the painting so bad he had to steal it because he couldn’t afford it.”

In hindsight with the facts all laid out clearly, Ryan can see how his presence only complicated matters. The 30-year-old continues, “So he finally steals the painting, and then he’s getting his [expletive] kicked by his hero, and then the guy from The Notebook shows up and makes it weirder. It’s just, the whole thing, nobody wins, nobody won.”