Neil Diamond has announced his engagement to his manager Katie McNeil. 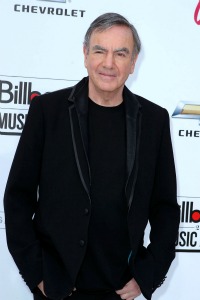 Do you get a discount on diamonds when you’re named after one? Neil Diamond should know, since he’s been ring shopping lately. The Sweet Caroline singer is engaged!

Diamond popped the question to filmmaker/manager Katie McNeil — and she said yes!

The singer announced the news on Twitter in lyrical style.

“Good news coming from sunny LA/and you’re the first I want to tell/Katie and I just got engaged/and I hope you wish us well,” he wrote.

He later posted a photo of his new fiancée, writing, “I’d like you to meet Katie. I’m lovestruck. I took this photo in London last month.”