The Game says AIDS is spread by closeted gay men who are sleeping with women. 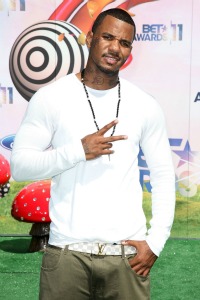 The Game stepped back into 1983 when he claimed in a television interview that AIDS is spread by closeted gay men having sex with women.

In a sit-down with VLAD TV The Game said that there are “several rappers” in the closet and they are spreading AIDS to unsuspecting women.

“The number one issue with that is you could be fooling somebody and you could give them AIDS and they can die,” The Game said, “and that [expletive] spreads because that girl you might be fooling might leave you and go find another dude who ain’t gay and give him the disease.”

“So that in the closet [expletive] is real scary,” he said.

In reality, the issue isn’t who you sleep with, but whether or not you use a condom when you have sex with your partner — gay or straight. You know, that little fact that all American kids who go to public schools learn in health class in grade school.

The Game says he is particularly at risk because he is convinced “several rappers” are in the closet, and they apparently all sleep with the same women.

But lest you think The Game is a total homophobe, he wants you to know he doesn’t hate all gays, just the ones on the DL. They “are the only type of gay people that I have a problem with.”

Thanks for clearing that up. GLAAD will surely accept that excuse.

Click here to see if you are actually at risk for HIV infection.