Mary Tyler Moore has finally made it. The legendary actress has been chosen by her acting peers to receive SAG’s biggest honor. 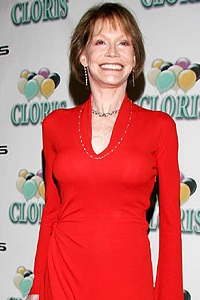 The Screen Actor’s Guild has announced the latest recipient of their prestigious Lifetime Achievement Award and it’s Mary Tyler Moore! The legendary actress who’s had success in both television and film will be the woman of honor at next year’s ceremony.

Moore’s best known for dominating television in the ’60s and ’70s with her roles as Laura Petrie and Mary Richards on The Dick Van Dyke and The Mary Tyler Moore Show. During her run, she earned an impressive six Primetime Emmys for work.

The actress also made a dramatic and unexpected turn as an unaffected mother in the 1980 classic Ordinary People. Moore received an Oscar nomination for Best Actress, while the film went on to win Best Picture, director (Robert Redford), supporting actor (Timothy Hutton) and adapted screenplay (Alvin Sargent).

According to Deadline, SAG president Ken Howard revealed that Moore was chosen because “She truly embodies the spirit behind SAG’s Life Achievement Award.”

With a career that spans 50-plus years, this honor has been a long time coming.

Mary Tyler Moore will accept her trophy on Jan. 29, at the 18th Annual SAG Awards.