A verdict has been reached in the John Galliano hate speech case. 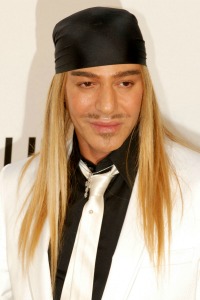 New York Fashion Week is here, but one famed designer isn’t spending it the way he hoped. The verdict is in in the John Galliano hate speech case, and the French court pulled no punches.

John Galliano was found guilty on two counts of “public insults based on origin, religious affiliation, race or ethnicity” — but all things considered, he got off pretty easy.

While the former head of luxury house Christian Dior could have been handed a sentence of six months in prison and a euro20,000 fine, the three-magistrate panel was lenient. Instead, Galliano received no jail time and a euro6,ooo suspended fine — meaning it will go on his record but he won’t have to pay it unless he screws up again.

The presiding judge said the panel showed clemency because Galliano had repeatedly apologized for his actions and explained that he was under the influence of alcohol, barbiturates and sleeping pills.

“It is a wise ruling,” Galliano lawyer Aurelien Hamelle said. “Mr. Galliano is clearly relieved… and asked me to apologize for him once again.”

“He is looking forward to a future of forgiveness and understanding, hopefully, and to put all of this behind him.”

In addition to the court fines, Galliano was ordered to pay euro16,500 in court fees to the plaintiffs.

Will John Galliano return to Dior? Not likely, although he did design Kate Moss’ wedding gown. In the interim Bill Gaytenn has been filling his shoes to disastrous reviews, but Women’s Wear Daily reports that Marc Jacobs might be sliding into the gig soon.