After years of development and casting rumors, Baz Luhrmann’s The Great Gatsby has officially begun production. 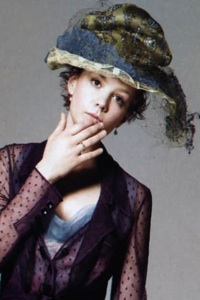 The Great Gatsby first debuted on the big screen in 1974 and was headlined by Robert Redford and Mia Farrow. The story takes place on Long Island and centers on the relationship between a Midwesterner named Nick Carraway (Maguire) and his rich friend Jay Gatsby (DiCaprio).

Despite being a distinctly American novel, Luhrmann doesn’t think his Australian-based shoot will affect the film’s overall feel. He told The Hollywood Reporter, “Fitzgerald’s story defies time and geography. The vision and the goal of our remarkable cast and creatives is to do justice to the deftness of Fitzgerald’s telling, and illuminate its big ideas and humanity. This is our challenge and our adventure.”

The director is also taking a visual risk by shooting The Great Gatsby in 3D. The format is typically used for action and horror films, so we’re not sure of how that’ll play into a 1920s drama.