Anderson Cooper’s new syndicated daytime talk show Anderson will premiere on CNN on Monday and his first big show is an interview with the parents of the late Amy Winehouse.

According to the NY Times, Cooper is offering a six figure sum to the Amy Winehouse Foundation. This program was set up by Mitch and Janis Winehouse as a charity in honor of their daughter who passed away in July and suffered from an addiction to drugs and alcohol. According to the site, a program insider claims the number is closer to $30,000. The charity will launch on Sept. 14th, which would have been Winehouse’s 28th birthday. “It was one of several charitable causes that we hope to help in the year ahead,” a show rep said. 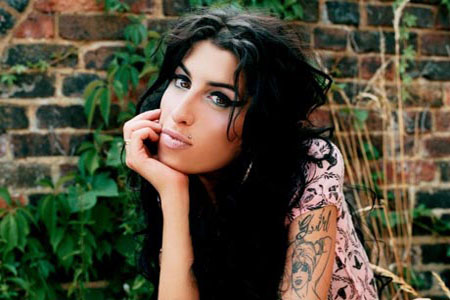 ”On @anderson sept 12. Amy Winehouse’s family – her dad, mom, stepmom, boyfriend – speak for the 1st time since her death,” Cooper tweeted Tuesday. The talented, yet troubled musician with an incredible voice was found dead in her London flat on July 23rd. The Grammy winner reportedly had no drugs in her system at the time of her death despite her long term substance abuse. She attended rehab in May, though her friends publicly claimed to be worried about her.

Friend and fellow celebrity (and former addict) Russell Brand wrote a heartfelt message about Winehouse on his blog, saying, ”We have lost a beautiful and talented woman to this disease. Not all addicts have Amy’s incredible talent. Or Kurt’s or Jimi’s or Janis’s, some people just get the affliction. All we can do is adapt the way we view this condition, not as a crime or a romantic affectation but as a disease that will kill.”