Bethenny Frankel is being sued over claims that her SkinnyGirl Margarita isn’t all natural after all. 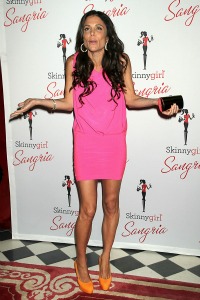 SkinnyGirl mogul Bethenny Frankel may be handing over a hefty chunk of her big business payout in legal fees after a class-action lawsuit was brought against her.

The mess started over the Whole Foods hubbub, when the retail chain pulled the margarita line off their shelves claiming that one of its ingredients did not meet their standard of natural. Frankel denied lying about the product, but someone saw the opportunity for a payday and filed a lawsuit.

Reneta Bonar filed the lawsuit in a California federal court on behalf of the class saying she and many others have been deceived by claims that SkinnyGirl contains no preservatives. In fact, as the Whole Foods scandal revealed, the drink contains a preservative called sodium benzoate.

The suit says that Beam Global Spirits and Frankel “engage in a corrective advertising campaign” and requests pay out for unspecified damages.

Beam Global Spirits issued a statement which says, “In today’s litigious society, nothing is surprising. The litigation filed in relation to the labeling of Skinnygirl Margarita is frivolous. We will defend our case vigorously, and we are fully confident we will prevail.”

Bethenny Frankel has so far remained mum on the pending litigation. SheKnows has located Reneta Bonar and is awaiting comment.