Gwyneth Paltrow says she respects people who have cheated on their spouses. 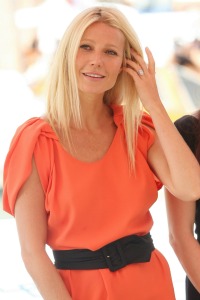 Bet she won’t be putting this one on GOOP. Gwyneth Paltrow, a married mother of two, says she respects people who have cheated on their spouses.

While promoting her new movie Contagion, Paltrow said, “I am a great romantic — but I also think you can be a romantic and a realist.”

“Life is complicated and long and I know people that I respect and admire and look up to who have had extra-marital affairs.”

“It’s like we’re flawed — we’re human beings and sometimes you make choices that other people are going to judge,” she said. “That’s their problem but I think that the more I live my life, the more I learn not to judge people for what they do.”

“I think we’re all trying our best but life is complicated.”

Despite her laid-back attitudes on breaking marital vows, Gwyneth insists all is well in her own marriage.

“I’m lucky – I have a wonderful, blessed life. I have two fantastically delightful children and a very nice husband, so… Knock on wood.”

Gwyneth Paltrow and Coldplay frontman Chris Martin have been married for seven years.

Gwyneth Paltrow was a 9/11 lifesaver