America’s Got Talent narrowed its top ten to four this week. Read on to see who made the cut!

The talent has never been more fierce! 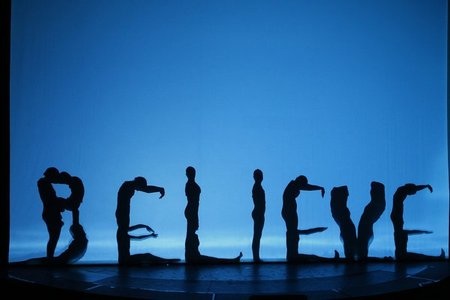 America’s Got Talent has been delivering top notch talent all season long and the top ten showdown was no different. Like all good things, AGT is coming to end, so let’s find out who made it to the final four after this week’s top ten results show.

Poplyfe, the spunky band that tackles everything from Michael Jackson to The Beatles, is rocking their way to the finals. We’re on the fence about them because they took a spot away from illusionist Landon Swank, who was one of our favorites.

We weren’t bummed that Landau Eugene Murphy Jr. made the final four, but weren’t excited either. He’s definitely a Vegas-style act and the crooner is gifted, but there were other acts we thought would be a better fit for the final four. All we can say is he better anti-up next week.

The next two acts are definitely worthy of a million dollar show, but we’re not sure which one would be better suited for Vegas.

Team iLuminate keeps getting better-and-better with their wireless light-up suits and dance routines. They remind us so much of Fighting Gravity and they’ve done well for themselves.

Silhouettes is unlike any act we’ve ever seen. Telling a story with dance, shadows and light is a genius idea and the way they turn their bodies into objects displayed on their projection screen is simply inspiring.

Who do you think will take the America’s Got Talent title and nab a show in Las Vegas?