Gwyneth Paltrow was one of the first people to know about Beyonce’s pregnancy? Who knew these two were so close! 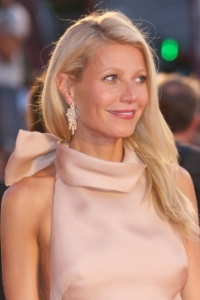 Apparently Gwyneth Paltrow and Beyonce are a tight-knit pair. We suppose they’ve both got the actress bit in common, they’re both technically singers — and now there are babies to talk about!

Gwyneth Paltrow, mom to daughter Apple and son Moses with husband Chris Martin, is “very happy” for Beyonce and husband Jay-Z. She tells Entertainment Tonight, “I think motherhood is the biggest blessing of all time and it gives your life real meaning.”

Empathizing with her world famous friend Gwyneth continued, “It’s always interesting when you’re a woman with success and you’ve achieved a lot, and then you have a baby and you realize everything you thought was an achievement really is nothing until you have a kid. I think that that will be her experience, and it’s wonderful to see her so happy right now, and so looking forward to the experience.”

Gwyneth Paltrow also revealed she was one of the first people to know of Beyonce’s pregnancy news. “Oh yes, I’ve known for a while,” she said, recalling how she was tasked with keeping the singer’s secret until the big MTV VMA announcement. “Someone told me the other day, ‘oh, Beyoncé is pregnant’ and I was like, ‘no, why, who told you that?'”

We’re not sure if we could have kept Beyonce’s pregnancy a secret. Looks like Gwyneth Paltrow is a friend you can trust!