It has been quite a week for Madonna – and hydrangeas. The superstar’s rep is coming to her defense after she reportedly dissed Lady Gaga and the innocent little flower. 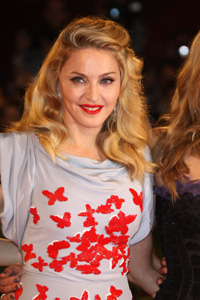 Madonna is creating quite a buzz as she promotes her movie, W.E., at the Venice Film Festival. The 53-year-old is no stranger to creating publicity for herself, however the attention she has received this week has taken a negative turn.

Earlier this week, Madonna was caught on film having a hissy over a bouquet of hydrangeas that a fan gave her. “I absolutely loathe hydrangeas,” Madonna was overheard saying. “Obviously he didn’t know that.”

“The hydrangea incident is so ridiculous..It’s not like she said she hated warm chocolate chip cookies and milk and little puppies!” she said.

I’m still trying to figure out why Madonna hates hydrangeas? Moving on…

A French newspaper claims the star dissed Lady Gaga, and quoted her as saying: “As for Lady Gaga, I have no comment to make about her obsessions having to do with me because I don’t know whether her behavior is rooted in something deep and meaningful, or superficial.”

So, to summarize – Madonna does hate hydrangeas, but doesn’t hate Lady Gaga.