A man broke into Celine Dion’s Montreal home…to take a bath! Get all the bizarre details here, including who found him soaking in her tub. 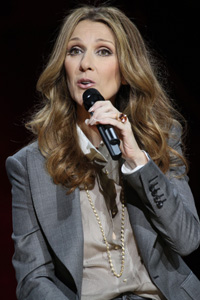 Daniel Bedard was arrested Monday after he was found inside of Celine Dion’s Montreal home. The 36-year-old man jumped a fence onto her property, found a garage door opener in an unlocked car and got into her house.

He then ate some of her food and drew himself a “nice warmish bath,” say Montreal police. Police arrived shortly after, after they were alerted by an alarm.

This is one of three homes for the couple ( including a mansion in Jupiter Island, Florida and a huge pad in Las Vegas) while she performs in Las Vegas at Caesars Palace through 2014. Luckily, no one was home, including Celine and her three children, who were in Montreal when the break-in occurred.

Bedard was charged with breaking and entering, auto theft and causing property damage. No word if the man knew he was breaking into Celine Dion’s house – or if he was just looking for a snack and a warm bath.