Kate Gosselin is not taking the cancellation news of her show, Kate Plus 8, very well, In fact, she is “freaking out.” What’s next for the reality mom? 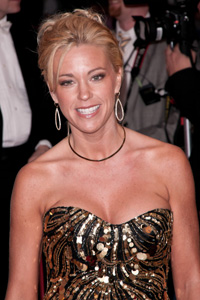 Kate Gosselin’s life for the past six years has been captured on TV, including raising her eight kids, going through a divorce and transitioning to a single mom. Will the reality mom know how to live life offscreen?

She tells People that the cancellation of her TLC show, Kate Plus 8, has been a difficult one for her and her kids. “I’m freaking out. Big time,” she says in the newest issue of the magazine.

In fact, she says her kids have been on TV since 2005 on their original reality show, Jon and Kate Plus 8, and they “weren’t ready” to leave the show.

“I’ve never quit a job in my life without having something else lined up. I don’t know what’s next,” she admitted.

Kate’s ex-husband, Jon Gosselin, said he found out about the cancellation by a “press release’ and was “very relieved” that his kids will no longer be on the show.

“I hope they can have more private family moments,” he said. “I hope that this will bring more privacy to my children and that they can get the proper attention they need for any personal issues they might have in the future.”

The couple’s divorce played out in the tabloids and on TV in 2009 – and Jon says that he has “no clue” what Kate’s next move will be. “I hope she dedicates more time to the kids now and I wish her the best as she goes forward with whatever career she wants to pursue,” he says.

Kate, however, is concerned she will no longer be able to keep up the lifestyle they have gotten used to. I told them I will work my fingers to the bone to make sure that they can stay here and go to their school. There are no guarantees in life for anyone, but they know that I’m giving it my best shot.”

The last episode of Kate Plus 8 will air on Sept. 12 on TLC.