Aerosmith has gone digital! The group has inked a deal with Apple to allow their classic hits to be available on iTunes. 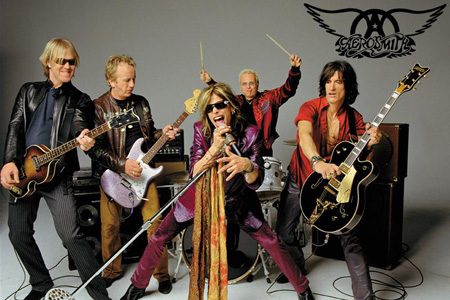 Apple and Columbia Records will release Aerosmith songs from 1973 through 1987 – and that includes Walk This Way and Sweet Emotion. Ten albums from this time period, including Toys in the Attic, Get Your Wings and Rocks are available for download.

The timing for this to happen was right, thanks to the buzz surrounding Steven Tyler from his American Idol gig. In fact, Aerosmith’s album sales reportedly rose 260 percent since he started judging the hit Fox show.

Aerosmith is not the first band to turn their classic hits digital. The Beatles inked a deal with iTunes in Nov. 2010 and their album 1, which featured classic songs like Love Me Do and I Want to Hold Your Hand, currently is number one on iTunes Top Albums.

This news will also bring buzz to Aerosmith’s new album (in progress), since they haven’t released new music since 2004’s Honkin’ on Bobo.

Aerosmith’s album The Essential: Aerosmith, featuring songs like Dream On, Walk This Way and Sweet Emotion, is currently number 27 on iTunes.