Rock band My Chemical Romance has fired their drummer, claiming he stole from them.

Nothing like blowing your big break in the music biz by helping yourself to a five-finger discount. My Chemical Romance fired their touring drummer Michael Pedicone after they say they caught him stealing. 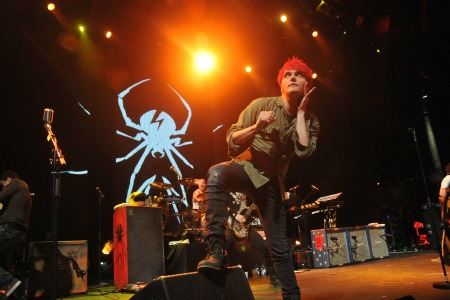 “The relationship between My Chemical Romance and Michael Pedicone is over,” guitarist Frank Iero wrote on the band’s website. “He was caught red handed stealing from the band and confessed to police after our show last night in Auburn, Washington. We are heartbroken and sick to our stomachs over this entire situation.”

“The band has no intention of pressing charges or taking this matter any further than we have to,” Iero wrote. “We just want him out of our lives. The people who play in this band are a family, and family should not take advantage of each other like he did. We are currently moving forward, and hope to have a new drummer in place for our show in Salt Lake City, Utah. The show must go on.”

What does Pedicone have to say for himself?

“What happened is more complicated than it sounds but I did make a mistake. It was never my intention to hurt this band or all of you,” Pedicone wrote on Twitter. “It was an error in judgement based on a whole other situation that’s way deeper but this does not define me.”

Neither side is providing more detail on what was allegedly taken by Pedicone or the other “more complicated” details he claims came into play. My Chemical Romance has hired Jarrod Alexander of Death By Stereo and Suicide File to step behind the drum set in time for the band’s next gig.