Chaz Bono assures parents that their kids won’t catch gender dysphoria by watching him compete on Dancing with the Stars. 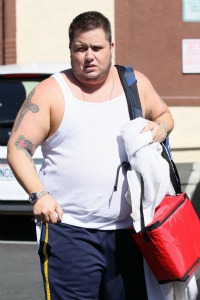 Dancing with the Stars is making television history this season with Chaz Bono, the show’s first transgendered contestant, but not everyone is happy about it. Now the newly-minted male says he doesn’t understand what all the fuss is about.

Calling the controversy a “much bigger deal to everyone else than it is to me,” Chaz says he simply wants to provide a positive role model to kids who are suffering the way he did as a kid.

“I’m just a regular guy,” Bono told Good Morning America. “All these ideas that children shouldn’t watch me, that I’m going to be confusing, all of this stuff, it’s crazy and for all of the kids and teens out there with gender dysphoria, I think it’s going to have a really positive impact. I know that if, when I was growing up, I would have seen someone like me on a show like this, it would have made all the difference in the world in my life.”

Chaz pointedly added that “people who don’t have gender dysphoria aren’t going to catch it by watching me dance on television.”

Catch Chaz Bono on Dancing with the Stars when the new season premieres on Monday, Sept. 19.

read on for more chaz bono

Cher and DWTS producer in full support of Chaz Bono

Attention Brad Pitt & Angelina Jolie: Chaz Bono would like a word with you