The legendary Titanic’s artifacts are still on display today in special shows that educate about the ship, its passengers and the importance of preserving history. Danish police are puzzled as to how one of the artifacts could have been stolen from a showcase on display. 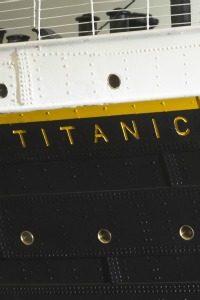 It was the ship of dreams, or so it was called, by those who were aboard Titanic’s maiden voyage. But what the passengers of Titanic did not know was that their “unsinkable” ship would be headed for disaster when it struck an iceberg,  famously sank to the bottom of the ocean and killed 1,517 people.

Relive the magic of the movie Titanic in 3D!>>

Movies have been made about the sinking, stories have been written about the artifacts and teaching tours have taken place where artifacts removed from the wreck site are placed in special cases for the world to view.

According to ABC’s Good Morning America, Danish police believe the theft was an “inside job”.

Exhibition owner Luis Ferreiro told the Associated Press, “It was a very important piece. The artifacts tell stories about the people aboard.”

Spokesman Torben Plants also told the Associated Press, “the showcase had not been broken into and the alarm didn’t go off. It’s pretty embarassing.”

The necklace that was taken is valued at $20,000, but its sentimental value is far greater. 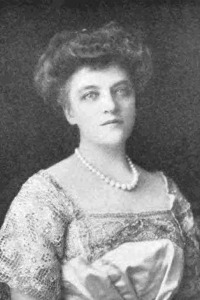 According to records, the necklace belonged to first class passenger Eleanor Widener from Philadelphia, who survived the disaster. The story states that Ms. Widener was traveling on the ship with her husband George and her son Harry. The Widener’s were quite a wealthy family and son Harry was an avid collector of rare books. Harry and George did not get into a lifeboat, instead remaining behind. Ultimately, they met their demise.

Ms. Widener, to honor her son, made a large donation of $3.5 million to Harvard University to create the Harry Elkins Widener Memorial Library and the large book collection he amassed in his life is housed at that library. Ms. Widener made a stipulation upon the building of the library that every graduate of Harvard pass a swimming test, as she felt her son might have been saved had he known how to swim.