Are you ready for season eight of Grey’s Anatomy? The new photos of the season premiere will certainly get you pumped! 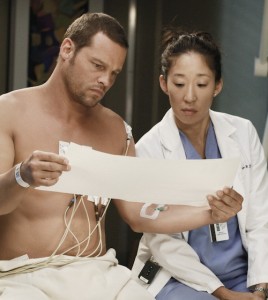 Season eight of Grey’s Anatomy — has it really been that many seasons?

Grey’s Anatomy will make its season eight debut on Thursday, Sept. 22 and ABC is getting us ready with a few photos, showing us what we can expect.

Before we get into the photos, here’s what we’ve got going down in the season premiere: Meredith will be fired from Seattle Grace after some Derek Interference and you know that will lead to fighting and ultimately issues with baby Zola’s adoption.

While Meredith is dealing with baby Zola, Alex (Justin Chambers) will be dealing with feeling like an outsider by the others.

What this all means we’re not quite sure yet, but let’s look at the pictures and see what we’ve got.

First, we’ve got the picture (to the right) of Alex (Justin Chambers) looking like a patient — maybe they’re looking into his heartache — he’s too cool for that.

Then we’ve got baby Zola, who Meredith (Ellen Pompe0) and Derek (Patrick Dempsey) were gearing up to adopt last season, and now that looks uncertain based on what’s going down in the premiere. 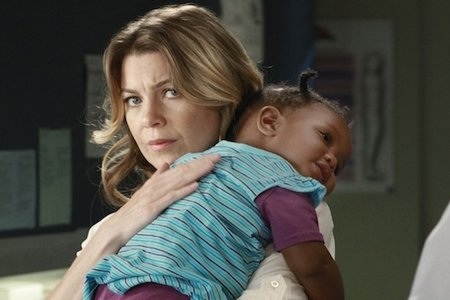 See if you can figure out what’s going on in the below picture. Is April taking charge? Did they just get bad news? Who knows with these doctors. 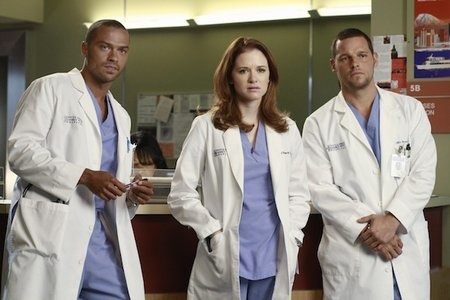 Gearing up for another day in the trenches. What do you think the patient will be suffering from this time around? Something unimaginable and never seen before? 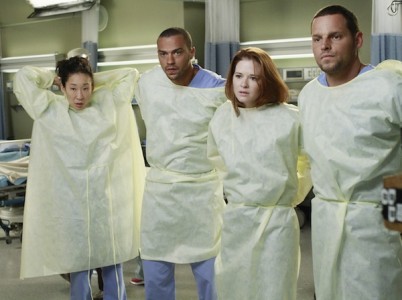 You don’t want to miss the season eight premiere of Grey’s Anatomy as it could be a huge season for the show having such a large number of episodes under their belt.

Plus, when Derek and Meredith are on the rocks it always make for some good wine and girl dish as you watch along to see how their drama turns out.