CBS decides to move on with The Talk minus Holly Robinson Peete. Read on for the details. 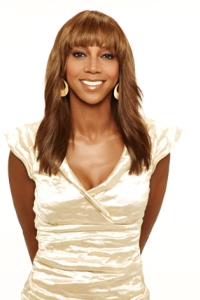 Another host of The Talk bites the dust!

Holly Robinson Peete will not be returning to The Talk when it returns this fall.

Peete turned to her blog to address the rumors that were swirling around in regards to her future with the CBS show.

She wrote, “After weeks in limbo, I was finally ‘officially’ given word from CBS today that I have not been picked up for the 2nd season of The Talk.“

She went on to write, “While I am relieved to have this closure, it doesn’t diminish my disappointment one bit about not continuing with a show I worked very hard to launch and love dearly. But I’ve been around long enough to know that while you cannot control certain situations you CAN control how you respond to them.”

Knowing full well the power of moving on in a professional manner, Holly Robinson Peete thanked CBS and her fans, saying, “I want to thank the viewers and those who supported and rallied around me and expressed appreciation for the humor and heart I attempted to bring to the table. You lifted me!”

She added, “Just know that I will never stop speaking for you and sharing your stories. EVER.”

Will you watch the show minus Holly Robinson Peete? There are some decent fill-ins scheduled, like Kris Jenner and Molly Shannon!

Sound off in the comments section about CBS’ decision to off another co-host of The Talk.