The CW is your place for supernatural (and yes we know there’s a show named that) Thursdays with The Vampire Diaries and The Secret Circle airing back-to-back.

Did you fall under the spell of The Secret Circle last week?

The second episode of The Secret Circle, “Bound,” features Cassie’s best efforts to lead a normal life but others have different plans for the newly discovered witch. 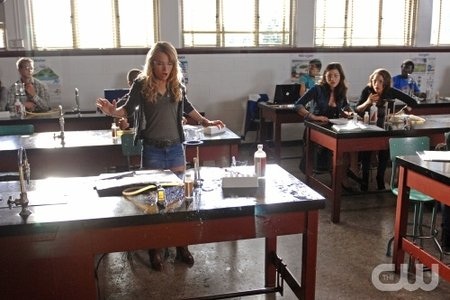 The CW describes Bound as the following: “In an effort to distance herself from the Circle and establish a normal teenage life in Chance Harbor, Cassie (Britt Robertson) befriends Sally Matthews (guest star Logan Browning), a non-witch. Concerned their powers are getting out of control, Diana (Shelley Hennig) pushes everyone to bind the Circle, but Faye (Phoebe Jane Tonkin) is thrilled with the increase in her powers and refuses to participate, while Melissa (Jessica Parker Kennedy) flirts with Nick (Louis Hunter) despite Faye’s warnings. Meanwhile, Adam (Thomas Dekker) fights his growing feelings for Cassie, but circumstances continue to throw them together, forcing Cassie to make a decision.”

Check out a preview and tell us what you think…

Stay tuned to SheKnows for recaps, previews and news on all your favorite CW Shows.

What did you think of last week’s series premiere of The Secret Circle? Is it bound to become a CW hit?

Read on for more news on the secret circle