The 2011 Emmy Awards are proving to be an exciting race for all the drama categories, and it left us conflicted when it came time to make our predictions. Check out what we came up with…

We had a tough time making our predictions in the drama categories for this year’s Emmy Awards. 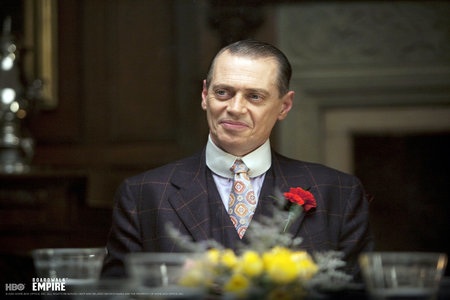 If you’re on the fence about who you think will take home the Emmy in your favorite drama categories, here’s our predictions to give you an extra nudge.

It’s going to be a race between Boardwalk Empire and Mad Men and against our better judgement to go with the masses and say Mad Men, we have to give it up to Boardwalk Empire. The Golden Globe winner is going to dethrone Mad Men, just watch.

We went with Boardwalk Empire in the overall series category, but we’re bypassing Buscemi and going straight for Jon Hamm on this one. It’s his year. With Bryan Cranston out of the running, it’s time for Hamm to finally grab the trophy.

We’re going to go with Connie Britton for the same reason we went with Steve Carell in the comedy category. Friday Night Lights ended its run and she was previously nominated. Something tells us the voting community will see that as a valid reason to send her to the winner’s podium.

It’s going to be a Mad Men sweep for the drama actors this year. Our vote goes to John Slattery for his ability to take the fan favorite, Roger Sterling, to new levels.

Archie Panjabi took this category last year, and there aren’t strong enough reasons to think she won’t again based on the competition not being any stiffer than the previous year.

Don’t forget to check out the 2011 Emmy Awards tonight (Sept. 18). You don’t want to miss seeing if our predictions come true!