They make our sides split. Ladies and gentlemen, your 2011 Emmy nominees for Lead Actress in a Comedy Series. 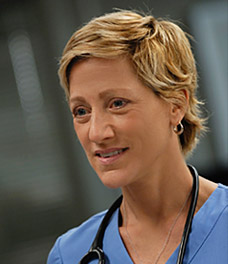 Which leading lady is your choice when it comes to laughs at the Emmy Awards?

Nurse Jackie’s, Eddie Falco, snatched up the Lead Actress Emmy in 2010 for the comedy category, but she’s got stiff competition this year.

Tina Fey is hot on her heels since she hasn’t won the trophy since back in 2008 and we’ve got our eye on the The Big C’s Laura Linney.

We definitely don’t want to count out green nominees Melissa McCarthy (Mike & Molly), who almost passed out while she was announcing the nominees with Joshua Jackson, (Fringe) and Martha Plimpton (Raising Hope).

Melissa McCarthy stole the show in the Maya Rudolph film Bridesmaids and she could do it again on TV’s biggest night.

Then there’s second-year-in-a-row Poehler. Amy Poehler is all but destined to end up with a trophy at some point for Parks and Recreation, but is this the year?

You’ll have to check out the Primetime Emmy Awards on Sept. 18 to see which leading lady takes home the award for Lead Actress in a Comedy Series.

For now, take our poll and tell us who you think deserves to walk away the winner. Come on, vote! You know you want to!