They’re funny, unpredictable and keep us on our toes! They are your 2011 Emmy nominees for Outstanding Comedy Series.

30 Rock, The Office, Modern Family, Parks and Recreation, Glee or The Big Bang Theory — who will win the Emmy? 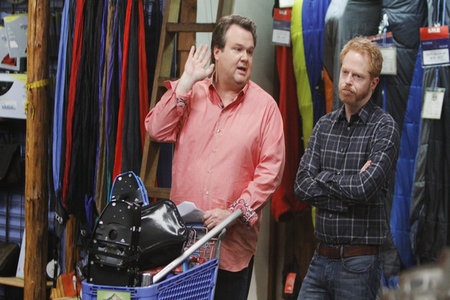 The Primetime Emmy race for Outstanding Comedy Series is certainly heating up. 30 Rock ruled the category from 2007-2009 until Modern Family swept in during the 2010 awards and snatched it up!

Modern Family certainly has kept its buzz meter high and could be on track for a back-to-back win.

The Office hasn’t had a win in the category since 2006 and with the exit of Steve Carell, we feel the show might get buried by a fresh breed of shows who are stomping the comedy genre.

Nominees The Big Bang Theory, Parks and Recreation and Glee (nominated in 2010) have all had their fair share of moments, like Jim Parson’s win in the lead actor category last year.

You’ll have to watch the 2011 Emmy Awards hosted by Jane Lynch on Sept. 18 to find out for sure who takes home the statue for Outstanding Comedy Series.

In the mean time, vote in our poll for who you think deserves to take home the Emmy in this category.

The race to the Primetime Emmy — it’s anybody’s game!