Bachelor Pad 2 is getting down to the wire and with the power couple, Vienna Girardi and Kasey Kahl, still in the game there’s bound to be last-minute drama!

Related story There's a new baby in the Bachelor Pad

Did Jake Pavelka have a point when he said to take out the power couples, aka Vienna Girardi and Kasey Kahl? Who’s he kidding? He knew full well he didn’t mean to use the plural sense of the word. 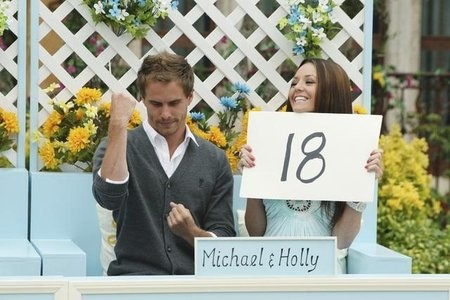 With the game shifting as quick as ever these days, it looks like it’s time to really focus on getting Vienna and Kasey out of the house. Probably won’t happen, but it’s wishful thinking.

Vienna chats her nose to SheKnows

Deceit isn’t the only thing going down in the pad this week. The contestants will play a fun little game called the “Nearly-wed Game” in hopes of winning, what else, a rose!

Are you ready to see who makes it to the finale of Bachelor Pad 2?

Stay tuned to SheKnows as we bring you a recap of the winners directly after the Sept. 12 finale.