The Jada Pinkett Smith-driven vehicle, HawthoRNe, has been cancelled. Read on for all the details. 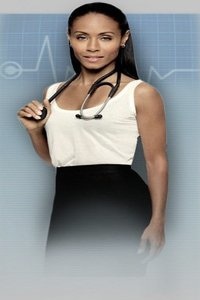 Amidst rumors and chatter surrounding her personal life, Jada Pinkett Smith is dealt a professional blow — HawthoRNe has been cancelled.

Okay, not going to lie, it’s kind of nice having a totally different reason to discuss Jada Pinkett Smith. While the cancellation of HawthoRNe isn’t the ideal dish, it’s definitely better then a back and forth game of he said, she said.

TNT released the following statement: “TNT has decided not to order a fourth season of HawthoRNe. TNT truly appreciates the tremendous dedication of everyone involved in HawthoRNe.”

The statement went on to read, “The series gave TNT the opportunity to work with many outstanding people, including Jada Pinkett Smith and the rest of the show’s talented cast, crew, producers and writers. We wish everyone involved with HawthoRNe nothing but the best.”

HawthoRNe recently concluded its third season Aug. 16, with an estimated 3.3 million viewers tuning in over the summer.

Jada responded to the cancellation herself on her WhoSay profile, saying, “Hey everyone…if you don’t know Hawthorne will not be returning for another season.”

She continued, “I want to say thank you to all the fans for being Hawthorne soldiers. All our Facebook fans…twitter soldiers and viewers…you held us down. Of course you know there is more to come…believe it!”

What should be up next for Jada Pinkett Smith — movies, more TV or a music collaboration with her daughter Willow Smith? That would interesting, right? Sound off in the comments section!