Here we go again. Rapper T.I. is back in prison just one day after being released. The Federal Bureau of Prisons confirmed to TMZ that T.I. checked into a federal penitentiary in Atlanta Thursday night.

And why? Law enforcement officials told TMZ that prisoners that are transferred from a low or medium security prison to a halfway house must declare their mode of transportation. Looks like T.I. told officials he was leaving in a van, but instead left in a high-end tour bus. Fancy, but it’s got him back in the slammer 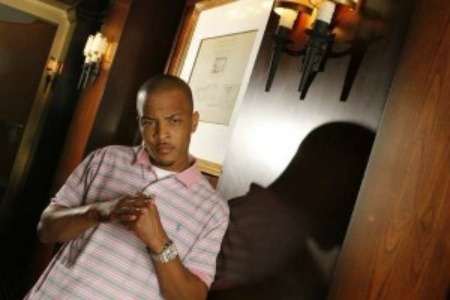 T.I. whose real name is Clifford Harris, was originally sentenced to 11 months in prison back in Oct. 2010 for breaking federal probation after he was arrested in L.A. on drug charges. He previously served seven months in an Arkansas prison in 2009 after being arrested for trying to buy unregistered guns and silencers from undercover federal agents.

Right after he walked out of prison on Wednesday, he tweeted, “The storm is over & da sun back out. IT’S OUR TIME TO SHINE SHAWTY!!!!! Welcome to the beginning of our Happy Ending!!!!”

He also just began taping a new, untitled reality series for VH-1 that was announced just hours after his release from prison. The 10 episode show will premiere in December and give us a look at T.I. “as he re-adjusts to life as a free man after being incarcerated for nearly a year in a federal prison in Arkansas.” VH-1 said.

“Viewers will get a behind-the-scenes look at the most private and personal moments of one of today’s hottest, most sought after Grammy winning artists as he is reunited with his wife and kids and thrust back into society at this crucial juncture in his life,” the channel said.

His latest jail experience was caused by his arrest, along with that of his wife, after a motorcycle officer stopped their car on Sunset Boulevard in Beverly Hills, California, a year ago. The police report said they found suspected drugs in their car and they were both arrested on drug charges. The charges were lated dropped, though he failed a drug test given by his parole officer.

T.I. returns to reality TV
T.I. opens up about drug problems
T.I. back to prison for 11 months