James Gandolfini tapped to bring dramedy to HBO. Will he be starring in a new role? Keep reading to find out what we know. 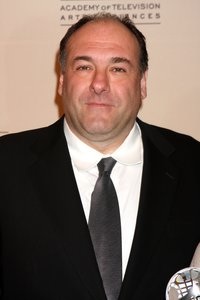 James Gandolfini is heading back to HBO, but it’s not for a reprise of The Sopranos.

James Gandolfini, who helped make The Sopranos a household name, is teaming back up with HBO for a new series that couldn’t be farther from his past endeavor.

According to Deadline.com, the actor is gearing up to produce Big Dead Place for the television giant.

Mike Tyson steps into the ring with HBO>>

Should it see the light of day, Big Dead Place would be a dramedy based on Nicholas Johnson’s memoir about living in Antarctica.

Nicholas Johnson moved to Antarctica when he was stationed there after getting a job with the United States Antarctic Program, which is dedicated to scientific research of Antarctica.

Big Dead Place is hoping to be “a tragicomic eye view of the fear and loathing, arrogance and insanity of the people living and working the last untamed frontier on the planet — the research base at McMurdo Station, Antarctica.”

Peter Gould, writer and producer of Breaking Bad, has the task of adapting the memoir for television.

It’s still unclear if Gandolfini will star in the show.

James Gandolfini’s production company, Attaboy Productions, has been signed to a deal with HBO since 2006.

What do you think of James Gandolfini’s new project with HBO?