Pregnancy hilarity ensues in the new season seven promo of Bones. Keep reading to see the new promo for season seven — you don’t want to miss it! 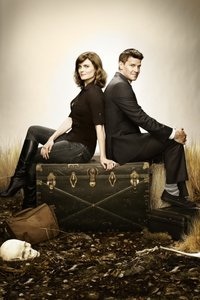 When season seven of Bones hits Fox on Nov. 3, there’s going to be a slight bump for one of its stars.

We brought you the news that Emily Deschanel was expecting her first child a while ago and it got fans to wondering how Bones would deal with it when season seven dropped (Brennan broke the news to Booth at the end of season 6).

Ben Savage to guest-star on Bones>>

In the new promo, Booth seems to be adjusting just fine — but is mommy? She seems to be a tad weepy if you ask us.

Check out the new season seven promo and see a sneak peek of how the show, and Booth, are dealing with the baby. Trust us, it’s highly entertaining…

As you can see, fans are going to get lots of baby comedy courtesy of Dr. Temperance Brennan and Booth on season seven of Bones.

Does the new season seven promo make you want to check out the pregnancy shenanigans that are bound to take place on Bones?

Don’t miss the Nov. 3 premiere of Bones or any of the other Fox fall premieres like Glee and The X Factor for that matter!

What Fox show are you most looking forward to this fall?