Former President George H.W. Bush and Barbara Bush will be noticeably absent from the wedding of their granddaughter, Lauren Bush, due to health issues — or is other family drama weighing in on their decision? 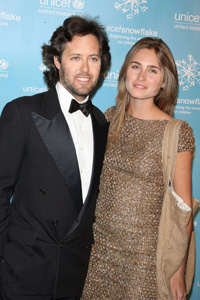 ABC News is reporting that the former president is 87 and Barbara is 86 and that the high altitude would be “a threat to their health.”

But many say that is not the only reason they are skipping the wedding. Lauren’s mother, Sharon Bush, had a messy divorce with George W.’s brother, Neil Bush. Sharon accused Neil of having extramarital affairs with female escorts in Thailand and Hong Kong, and as a result contracted herpes.

So, will Neil’s brother, George W.,  be attending? A spokesman for the former president declined to comment — so we will have to wait and see on that one.

It sounds like Lauren and David have an action-packed weekend in store for wedding guests, including a softball game on Saturday, as well as teepees and a saloon on the 17,000-acre ranch. The day after the wedding, a rodeo is planned in Telluride, Colorado.

With Lauren Bush marrying David Lauren – does this mean she will be called Lauren Lauren?

“I think it will be Lauren Bush-Lauren,” she told Harper’s Bazaar.” That’s not final, but I think it’s nice to have the same name as your husband. I am sort of old-fashioned in that way.”