Is Mark Wahlberg turning his new burger joint venture into a reality show? 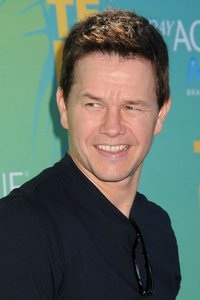 Mark Wahlberg the reality star? It could happen!

Mark Wahlberg is a movie star, producer and all around hunk, but we never thought we’d hear reality star.

It was recently revealed that Mark was opening a burger joint with his brother Donnie Wahlberg and family chef Paul, and now reports are buzzing that he might turn it into a reality show.

Mark recently talked about turning his food venture into a reality show, and you know what, we kind of hope he isn’t joking!

“Maybe I’ll be the Charlie’s Angels of reality TV,” Wahlberg said at the Graduate to Go Studio launch in Los Angeles.

Marky Mark, we mean Mark, went on to say, “You’ll hear my voice. But obviously it’s something that we’d want to control in every aspect and produce and make sure that we were doing something really quality.”

While we hope he’s serious, it sounds like Wahlberg has so many business plans for the future, we don’t know where he’d fit a reality show.

Mark Wahlberg said, “We are interested at some point or another doing our own clothing line in the future, as well as a health and wellness business that will help people first and foremost feel good, exercise, eat right and then look good.”

He added, “Eighty-five percent of the population doesn’t exercise and eat right, and you want to be able to push them in the direction of extending their lifespan and living healthy lives.”

What do you think of Mark Wahlberg’s new burger place Wahlburgers — hit or miss with the name?