The season eight House poster hit the Internet, but it has fans asking — what does it mean? 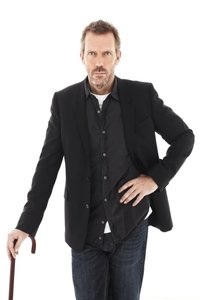 The creepy new House poster has us asking — what’s up?

Fox’s Season 7 of House ended up with quite a crash. If you don’t remember, Dr. House drove his car right through Cuddy’s home and like everything, he had to pay for the reckless action.

So, where do you think that brings us when season eight begins? Prison, of course. With the new season getting ready to kick off on Oct. 3, Fox has released a new poster and it is pretty ambiguous.

The new poster shows the shadow of Dr. House (Hugh Laurie) cast onto a blackboard with tick marks. It’s definitely left up to interpretation.

The poster, which is causing quite a stir, is challenging fans to figure out what cryptic meaning the art might hold.

Everything from jail time to the representation of seasons is being thrown out there.

We’ll have to wait until Oct. 3 to see if there’s a hidden meaning to the House poster, but in the meantime it’s fun to guess. For some reason, the significance of seasons is what we’re thinking, but then again, the season premiere is called 20 Vicodin — who knows! Check it out and see what you think… 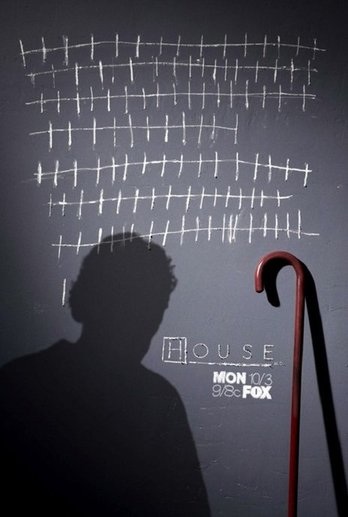 What do you think the season eight poster of House mean?