George Lucas has decided to make a few small changes when he releases the new Star Wars saga on Blue-ray DVD this month. Find out what new line Darth Vader will be saying – well, actually screaming.

George Lucas, the creator of Star Wars, has decided to do a little tinkering with his original classic movies when he releases the Star Wars saga Blue-ray DVD on September 16th. Lucasfilm will be releasing the movies from Star Wars (1977) to Star Wars: Episode III – Revenge of the Sith (2005). 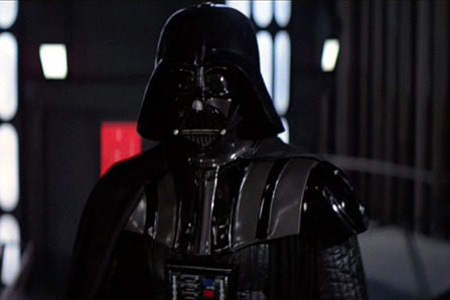 For those die-hard Star Wars fans, they might notice some slight changes that Lucas made to his classic hits. In fact, Darth Vader gets a new line!

In the Return of the Jedi movie (1982), Darth Vader will now be heard yelling “No!” as Emperor Palpatine kills his son, Luke Skywalker. In the original version, he is silent. Many have pointed out this is the same “No!” Darth Vader yelled in Star Wars: Episode III-Return of the Sith when he changed from Anakin Sykwalker.

Lucas also gave Yoda a CGI facelift in Star Wars: Episode 1 – The Phantom Menace. In the original, he appeared as a puppet, however was computer-generated in the last two.

The box set will not have the theatrical versions, but the special-edition versions which include the controversial “Han Shot First” change when Han Solo faces off with a bounty hunter at a cantina.

Lucas told The New York Times that preparing the original for Blu-ray conversion is quite the process. “You have to go through and do a whole restoration on it, and you have to do that digitally. It’s a very, very expensive process to do it. So when we did the transfer to digital, we only transferred really the upgraded version.”

Pick up Star Wars: The Complete Saga on September 16th for $139.

Watch Darth Vadar’s new line in Return of the Jedi: