Why would a woman want to go to a movie about foaming mouths, washing hands and infectious diseases? ‘Cause ladies like to be scared in action thriller movies, just as much as men. With all the hype surrounding the release of the new all-star thriller Contagion, SheKnows put together a list of top 10 favorite pull-your-hazmat-out-of-the-attic films to feed your paranoia about contracting something, somewhere, some time, whatever the mood you’re in.

Related story How to Watch 'Contagion' (If You Dare)

Based on a Michael Crichton novel, this old school sci-fi thriller about an alien virus that threatens the survival of the human race will have you cleaning out lint trays well into the next millennium. Underground chambers, blinking lights and creepy music; worth the rental. 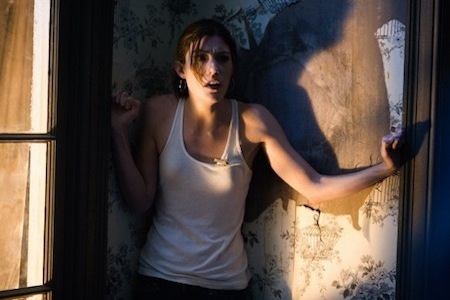 Watch an L.A. reporter fight her way out of quarantine to try to get to the next level. Sounds like daily office life for many still living under the glass ceiling. A metaphor for a woman’s struggle to survive, this film about rabies-infected zombies will keep you loving your day job.

How do you feel about trains, hazmat suits and O.J. Simpson? We couldn’t think of a better combination for an ominous, vintage thriller about a strain of deadly bacteria with the wrong people on the wrong train. Martin Sheen and Sophia Loren accompany O.J. on this journey to contagious hell. Can you take it?

Rage takes over the world and survivors band together to keep themselves alive. Sounds like being at a playgroup with a bunch of toddlers. If you can handle that, take this and the sequel. Nail-biting fun in double doses.

For those who’d love to obsess about contracting the most obscure diseases, try Zombieland for a look at what could happen if you really do meet the wrong person. Watch Woody Harrelson, Emma Stone and Jesse Eisenberg battle flesh-eating undead in Ohio. Mounds of fun.