VH1 is down one of their Single Ladies — Stacey Dash is departing after one season. 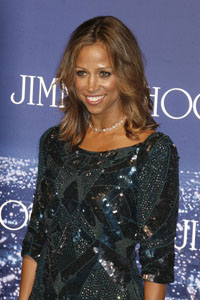 “I have to be back in L.A. with my children right now and the Single Ladies shooting location [in Atlanta] makes this impossible,” Dash said in a statement to GlobalGrind. “I wish VH1 the best of luck with the show in maintaining the strong fan base we developed in Season 1.”

Uh, there won’t be a fan base without Dash – she was the center of the show and its biggest star.

“VH1 respects Stacey’s decision and her commitment to what she feels is best for her family. We thank her for all of her hard work in making Single Ladies a success right out of the gate, and we wish her nothing but the best in her future plans,” the network said in a statement.

However, the former Clueless actress might not be telling the whole story. Rumors persisted that Dash didn’t get along with some of her co-stars on the show, including LisaRaye McCoy. The dueling duo reportedly got into a physical altercation on set earlier this year, though both sides deny it.

“I normally don’t like to address rumors, but I think it was so unfair to both of us the way they took that story and dragged it out,” McCoy said in May. “There was no physical altercation or some beef that people were trying to fabricate. It was us being together for the last 4 or 5 months filming every day for 15 to 16 hours a day.”

Regardless of the reason, it’s pretty much the final nail in the coffin for this awful show and its awful acting. Of course, it’s five fans will be upset when it goes.

Are you sad Stacey Dash is leaving Single Ladies?