The zombies are coming! AMC’s breakaway hit The Walking Dead is gearing up for season two and fans of the show are in for a BIG surprise.

Next month, The Walking Dead returns to television with all new, zombie-filled episodes. The AMC horror series was one of the biggest hits of 2010, which set the bar extremely high for its second season. So how will they top it? 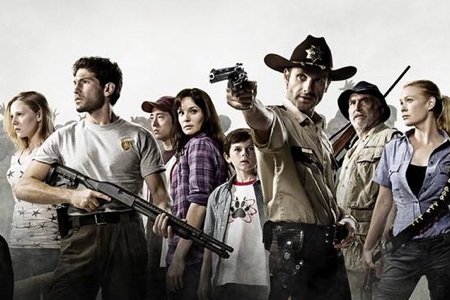 The Hollywood Reporter confirms that The Walking Dead’s new season will kick off with a special 90 minute episode. The series will jumpstart the network’s annual Fearfest celebration, which begins Oct. 16 at 9 p.m.

But before you get too giddy about the show’s return, more changes are coming. AMC plans to break the 13 episode season into two parts. Six episodes will air after the Oct. premiere, followed by a short break and the final six will return Feb. 12.

This will be a tough schedule for some people to follow. The first season was fairly short and it’s been almost a year since the finale. We’re sure fans were really looking forward to seeing a longer, more consecutive season. Perhaps, absence will make the heart grow fonder?